Ragnarok M Eternal Love for PC is one of the most popular mobile games that players want to play on PC using an Android emulator. Playing ROM with keyboard and mouse is way better than touch screen and usually computers are more powerful to support long-time playing. You can surely make faster progress in the game by playing Ragnarok M Eternal Love on PC with LDPlayer.

Using LDPlayer is one of the best ways to play ROM on PC. It has been greatly optimized to run the game on your Windows PC. You are able to activate the high frame rate mode on LDPlayer and use the default keymapping to quickly start the gameplay. Many features provided by LDPlayer including Multi-instance, Synchronizer and Operation Recorder can help you make use of the advantages of PC gaming.

LDPlayer has been collecting feedbacks from our users, such as bug report about the move control, fps optimization and others. So by now, the move control is more natural and precise than before. Also, we fixed an issue where “Failure to initialize” would pop up in the games (For AMD CPU). But the biggest optimization is that LDPlayer has developed a smart keymapping where you can tap twice the hotkeys to close your Profile, Party, Bag and More, which is only available on LDPlayer. Besides that, LDPlayer values your thoughts about the emulator and you’re welcome to provide any feedback and keep pushing us to improve LDPlayer.

How can I play Ragnarok M Eternal Love with high FPS?
First, you need to open the Game Settings provided by LDPlayer and set the FPS to 120. Also, tick the box of “Enable high frame rate mode” and save the changes. After that, launch the game and also head to the settings to set high FPS. How to achieve this Ragnarok M: Eternal Love PC version on my PC?

Ragnarok M: Eternal Love is a Role Playing app developed by Gravity Interactive, Inc.. You can play Ragnarok M: Eternal Love on PC after downloading an Android emulator from this page. Android emulator is a software that runs like an virtual Android device on your computer, and LDPlayer is one of those Android emulators running on Windows PC. LDPlayer provides many fetures that you can't experience on your mobile device, such as multi-instance, macro, operation recording, and others. Using the Android 9.0 system, LDPlayer can help you play mobile games on PC with faster performance and higher FPS. LDPlayer is meant for hard-core mobile gamers.

Is it possible to play Ragnarok M: Eternal Love on PC without Android emulator? 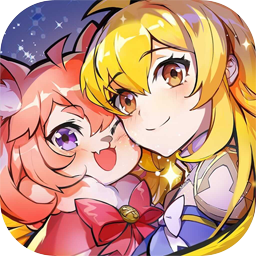